The Esplanade House originally opened it's doors in 1991. The Community Action Agency in Oroville had received a grant and was looking to expand it's services to include a shelter in Chico. In collaboration with developer Greg Webb, Dr. Gary Incaudo, and accountant Alan Lotspeich, they formed a committee that secured another $250,000 in Redevelopment Agency funds from the City of Chico. The original Esplanade House was a renovated motel at 2505 Esplanade, which could house a total of 14 families. Only families with children were allowed to stay there and strict guidelines for conduct were applied, including a no tolerance policy for drugs and alcohol, as well as a 10 pm curfew.

While this was a great start for helping homeless families in Chico get back on their feet, there were many more families in need than the facility could accommodate. After years of work, a massive expansion of the program was approved. This four million dollar project at a brand new site, provided 34 apartments for the housing program, as well as a daycare center, and 26 "graduate housing" units which provided subsidized rent programs for families transitioning out of the program. 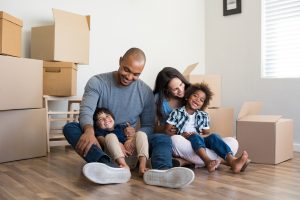 Since its inception, the Esplanade House has served hundreds of homeless families and had the repeated joy of seeing parents regain custody of their children, find employment, and move into stable housing of their own.

The grand opening of The Esplanade House was just before the holidays in 1991 and was the culmination of a lot of dreams and hard work. Check out this link tor read one of the early stories! 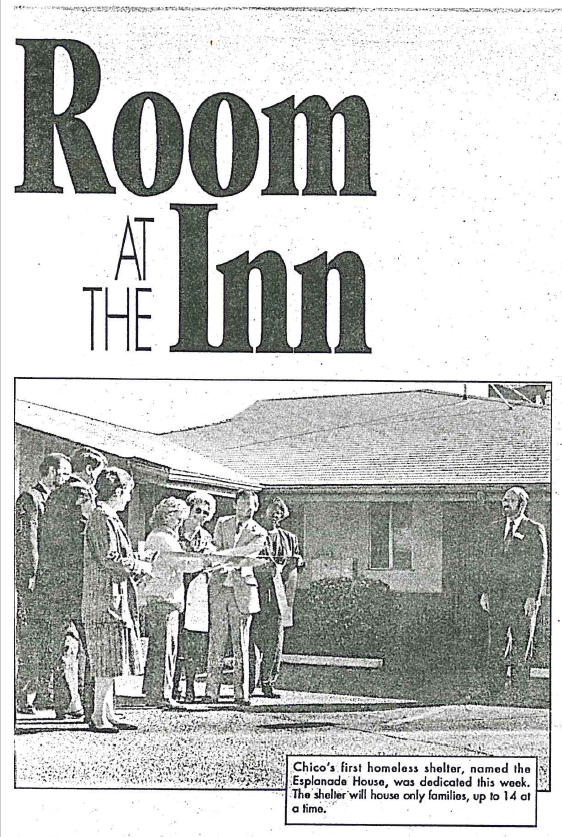